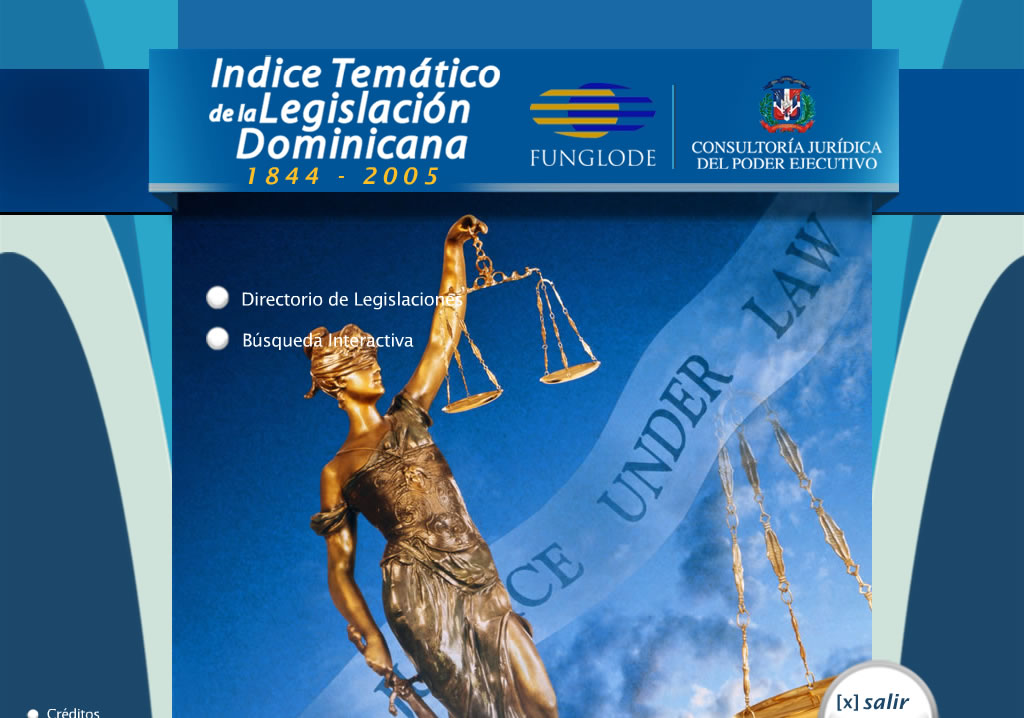 Strategic projects that move a nation forward can make all the difference. Our collaborations with Presidents enriched these creations.

I was contacted by Serigraf, the biggest printing agency in the country, but as unuspecting and aloof as I entered the meeting I quickly gained consciousness: this project is for the President, they told me. As it turns out, the INFOLED system was a key pet project of Leonel Fernandez, the Dominican president at the time. The President has a dream, he dreamt of a nation of hyperconnected lawyers that could browse the entire legal system from their computers without connecting to the Internet. Such a requirement was key as most of the Dominican justice system lacks readily available Internet access. To further complicate the situation, compiling and organizing laws proved to be a gargantuan task, because the legislation encompassed hundreds of thousands of documents that could not fit on a single CD. My work here was as tedious as they come, a dance with compression technologies, self contained search engines and intrincate organizational navigation. We decided to divide the information into “legal systems” or a set of legislation for each industry. In this fashion, every set could fit on a single CD.

Production was an epic in itself. The databases were malfunctioning due to the excess of information and my extensive use of compression technologies. To fix this, I came up with a new indexing system that dynamically selected just the most relevant records per page. All this was performed in Javascript without the aid of convensional database systems like Oracle or SQL Server. This was, the only dynamic data source of its kind accesible to most lawyers in remote areas. A tour deforce in the way justice worked accross the nation.

Replication was the next chapter of this project. But not simple replication, but large scale mass production, with a prevision of five CDs per lawyer in the country. Plus special reserves for Funglode, Serigraf, and the Presidency. Since every CD has to be tested, replication was a massive project in itself. The datastore was bigger than Wikipedia is today, the search facilities where more sophisticated and everything worked in realtime. To this day I have no knowledg of any encyclopedic project as ambitious and useful as INFOLED in all of Latin America. Information Providers is now preparing the next iteration of INFOLED, an online system that can be downloaded at home and used offline with table and smartphone sidekicks.

As the first version, these new releases will provide the legislature from 1844 to 2014, almost two centuries of information accesible with a couple of clicks to anyone in the country. Curating the legal body of our country, empowering the justice system to be better informed and more efficient has been a great success for this collaboration. As we finished, I received the highest salutation a professional can aspire to: “This was an outstanding job. Thanks for your service.” said in his own words by the President of the Dominican Republic. Me and my company went on to collaborate with the presidency in other projects but the impact of the firs time always remains.